Get social with us

Standardised contracts, policies and procedures reinforced by vendor compliance auditing provide clients with assurance that their exposure to risk is minimised. 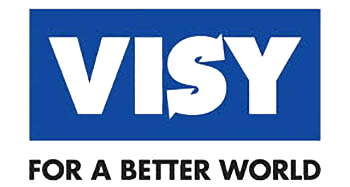 Visy is a leading provider of recycling, paper and packaging products and services with around 5000 employees in Australia and New Zealand.

At the time MLS were engaged, Visy were using over 80 suppliers to meet their labour hire and recruitment requirements. This number had grown over many years as individual sites developed relationships with local service providers with many more being added when Visy acquired Southcorp’s packaging businesses in 2001.

With no central coordination of Visy’s labour hire / recruitment spend and activity across so many suppliers, significant variation in fees and margins was only one of the issues identified.

It was becoming increasingly difficult to effectively manage contract and HSE compliance across a large number of labour hire providers.

In some areas Visy was potentially being exposed to increased risk through the lack of a standardised approach to supplier contracting.

First MLS undertook an analysis of Visy’s current labour hire and recruitment spend with the aim of consolidating supply to a panel of around 10 preferred suppliers.

Armed with supplier fees and margins as well as feedback from Visy divisions/locations on supplier performance, MLS then began the process of rate negotiations with shortlisted suppliers.

Once the preferred panel had been finalised, MLS then arranged the transition of all labour hire candidates from incumbent providers to preferred providers.

A reduction in the number of recruitment and labour hire providers from 80 to10.

Shorter lead-times due to MLS management of roles in progress.

Greater visibility to spend and activity

MLS manage the delivery of recruitment and labour hire services to clients through leading providers. Whether you are after an end-to-end solution or any of our services as a stand-alone offering, MLS is able to tailor a solution to meet your specific requirements.